Bike Trail with Water Views and a Historic Neighborhood

We were wowed by the southern portion of this St. Petersburg, FL trail. Starting at Demens Landing Park (where the Trail links to the Pinellas Trail as part of the Pinellas Trail Loop), we biked along the Tampa Bay waterfront and marina district. We continued past the Snell Isle Bridge, riding along a canal fronting the Historic Old Northeast Neighborhood, with its stately old homes. There are 8 parks along the entire trail, providing ample parking. (Map link and photos below.) 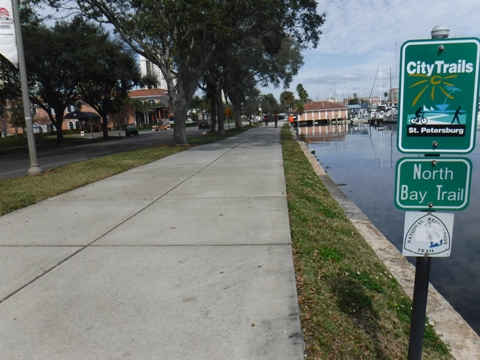 Biking the North Bay Trail... from South to North

For recreational bikers, the most scenic trail section runs from the south end at Demens Landing Park on Tampa Bay, northward to Coffee Pot Park, about 3 miles with water views. When entering the Historic Neighborhood (about mile 2), you will likely encounter many walkers and joggers, so expect a slow roll here. Past Coffee Pot Park, the trail leaves the waterfront behind, as the North Bay Trail becomes more of a commuter trail, running straight alongside 1st St. North, past homes, schools, and businesses. At the intersection of 78th St., the Trail becomes a "sharrow" for two blocks, until crossing a bridge over a canal, where the trail runs off-street again, ending at Riviera Bay Park. 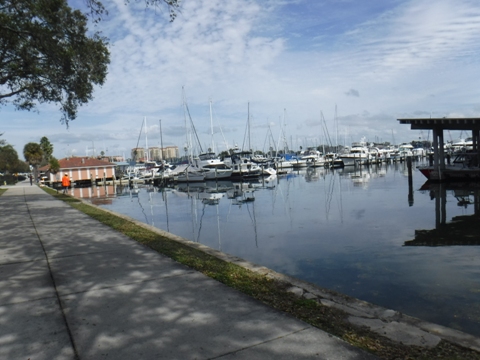 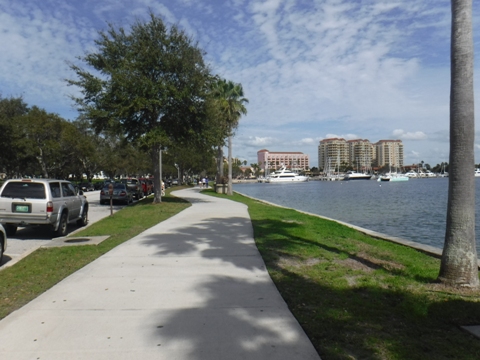 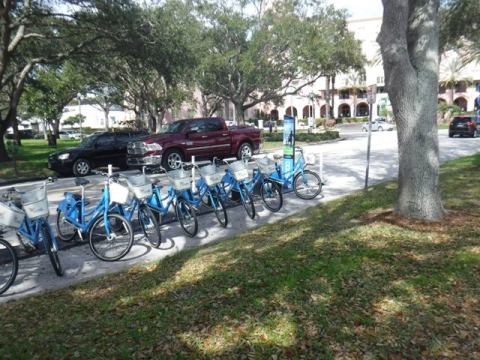 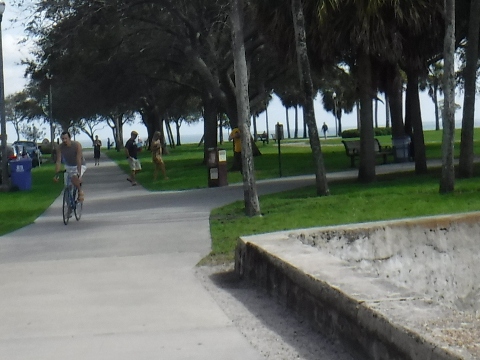 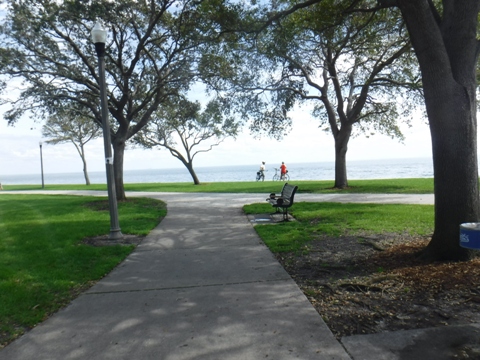 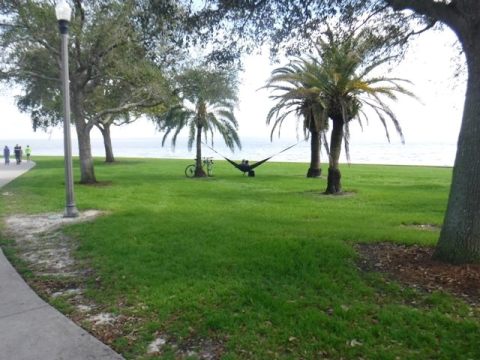 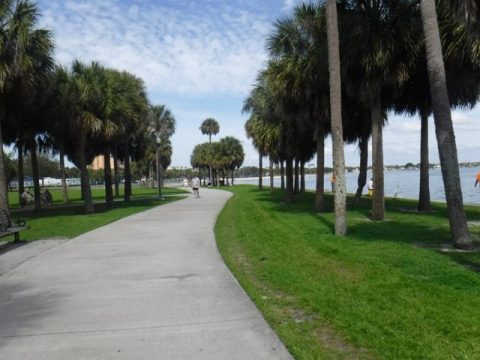 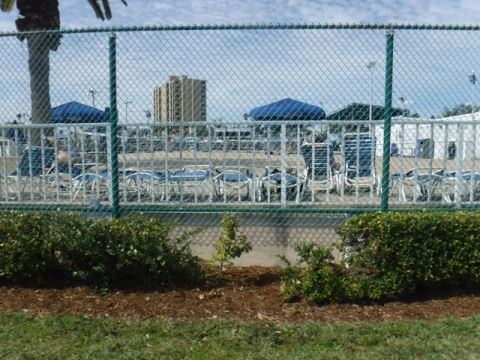 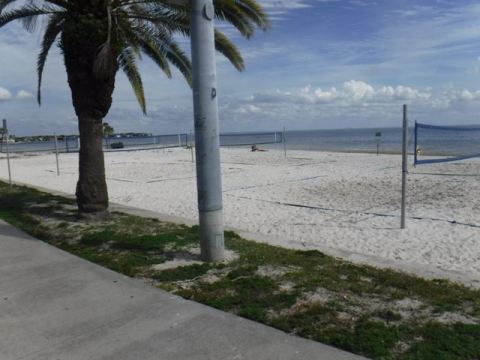 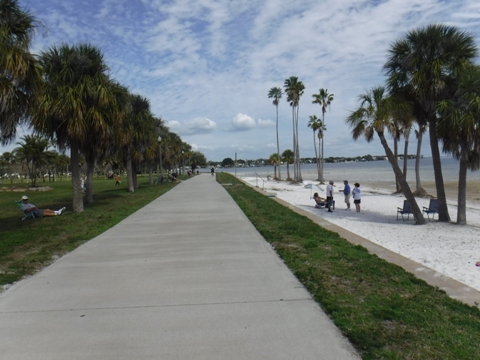 Along the beach, Flora Wylie Park 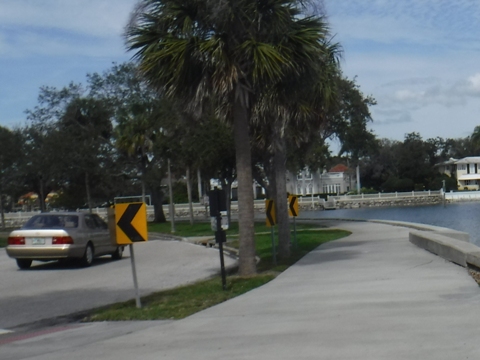 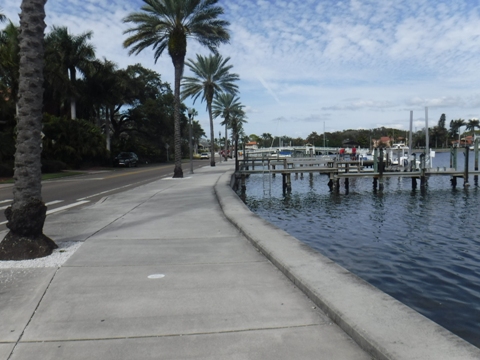 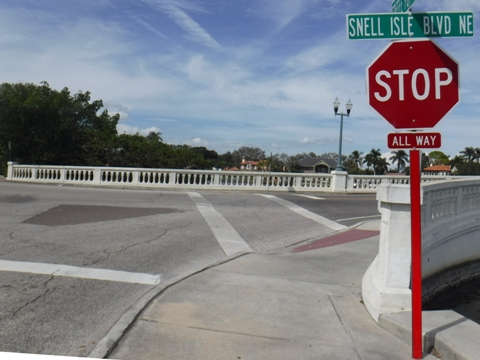 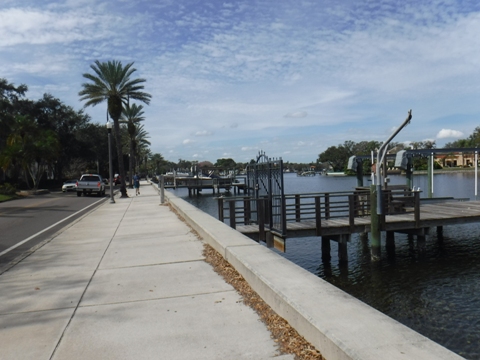 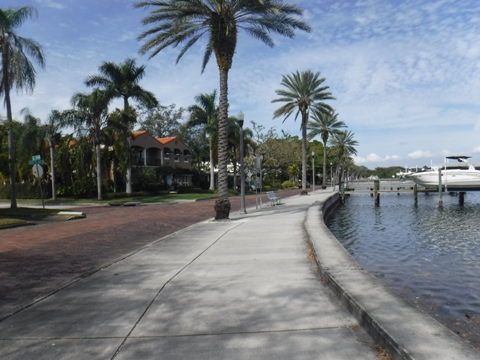 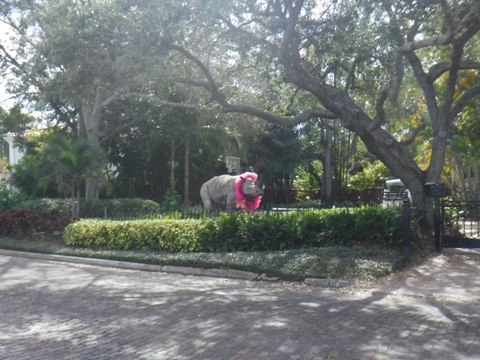 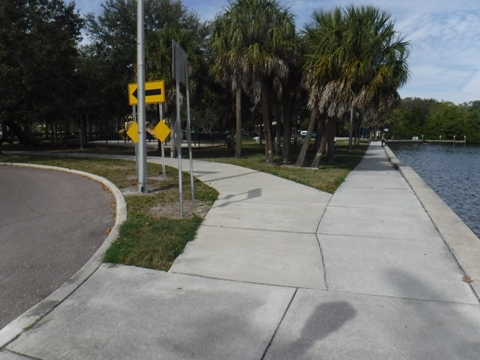 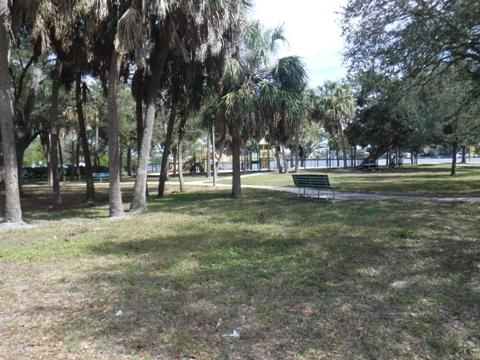 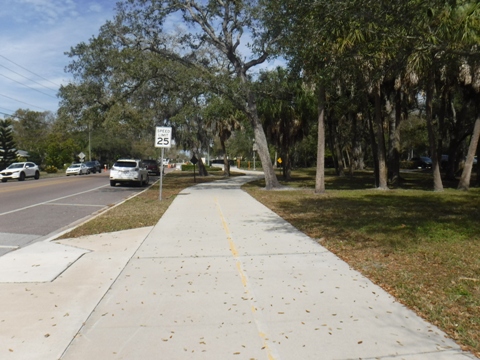 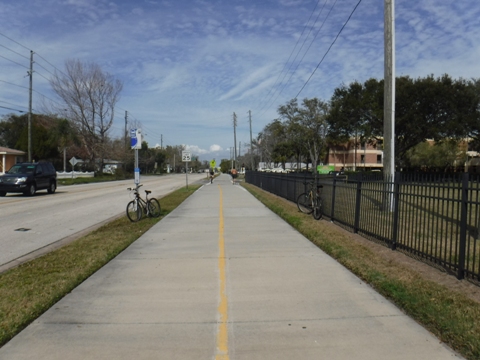 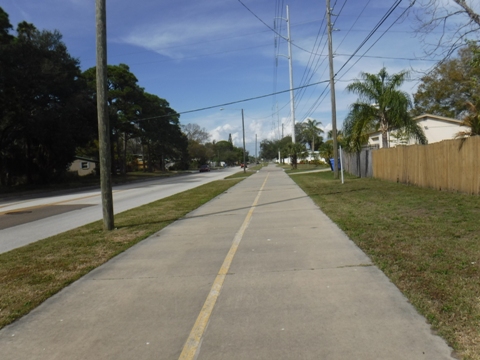 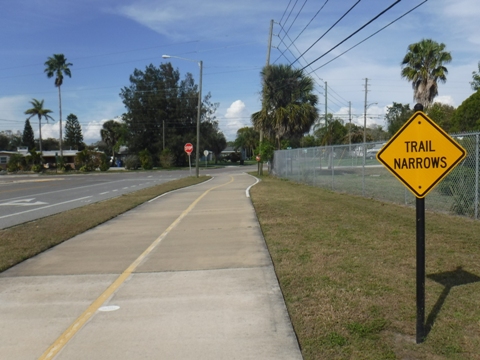 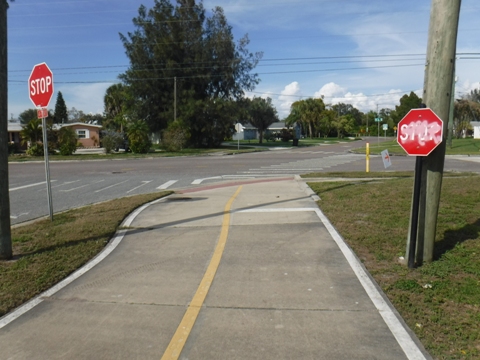 Find Trails by FL Region or Listed A - Z